You are using an unsupported browser and may not experience the site, or shop online as intended. We recommend you upgrade

Rack of Lamb with Broth and Baby Vegetables

This recipe is presented to you by Ludo Lefebvre. 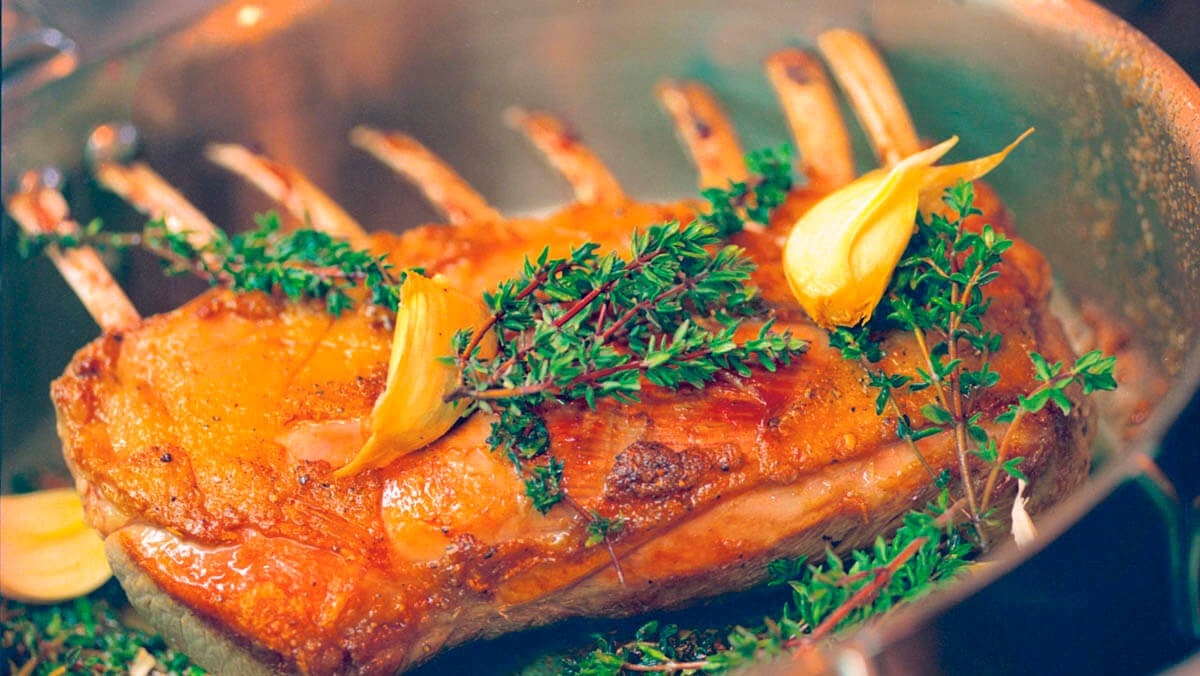 A favorite classic of French country cooking is navarin, a hearty (and heavy) mutton stew with small onions, potatoes, peas and carrots. I thought it would be fun to refine a rustic staple, and while this is quite a stylized version of the original, it's quite satisfying. Instead of the traditional, heavily floured sauce, I've substituted lamb broth, a much less aggressive stand-in that still reinforces the flavor of lamb without making it too strong

For the Broth and Vegetables:

Preheat the oven to 425 degrees F. Sprinkle the lamb with fleur de sel and pepper. Heat the oil in a heavy large sauté pan over high heat. Working in batches, cook the lamb in the pan until brown, about 4 minutes per side. Arrange the lamb, meat side up, on a large rimmed baking sheet. Roast until an instant-read meat thermometer inserted into the center of the lamb registers 135 degrees F for medium-rare, about 18 minutes. Transfer the lamb to a work surface. Tent loosely with foil and let stand 5 minutes. Cut each lamb rack between the bones into four double-chops.

To finish and serve:

Add all the vegetables to the broth. Bring to a simmer. Using a slotted spoon, divide the vegetables equally among 4 wide shallow soup plates. Arrange 2 double-chops atop the vegetables in each bowl. Ladle the broth over the lamb and vegetables. Sprinkle with the ground caraway seeds. Serve immediately.