Despite this busy schedule, and perhaps in particular because he is away from home so often, his own kitchen is something of a refuge for him. Cosy and cluttered, it is far from the stainless steel minimalism of a restaurant kitchen but the quality of the food that he cooks here for family and friends is just as exciting and delicious. 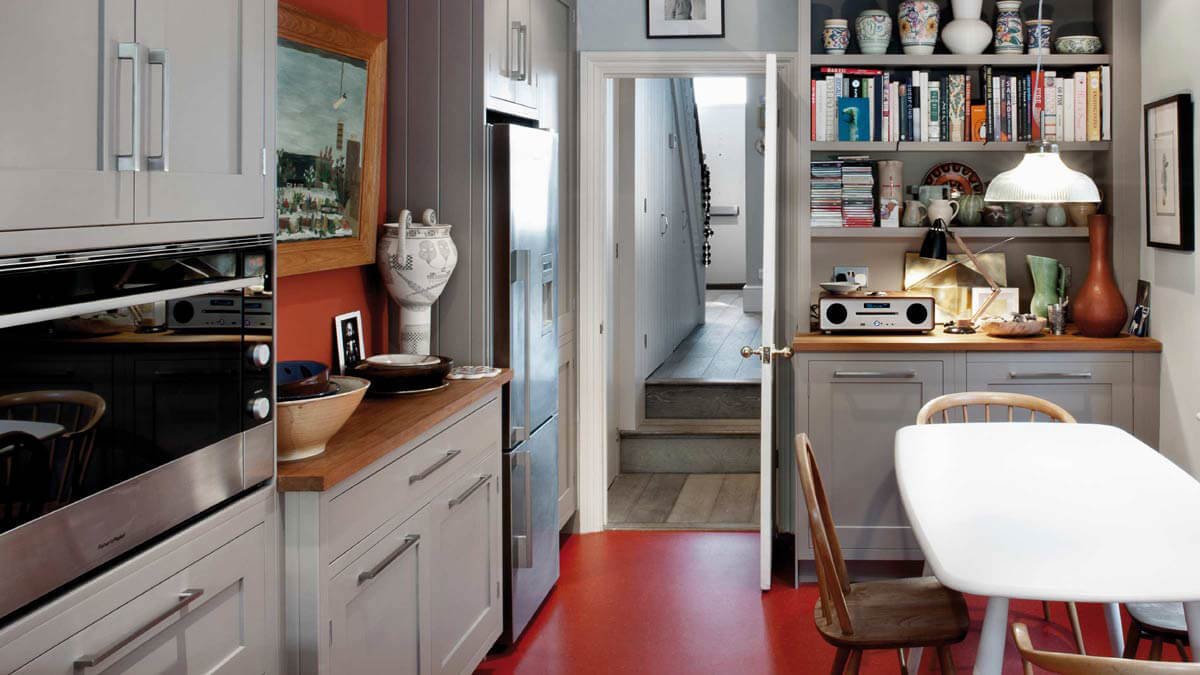 When I first came to look at the house, it was full of character, colour and clutter, and that instantly appealed to me. It's in East London on a street of Victorian terrace houses with a railway bridge straddling it, taking people into Liverpool Street station. A lot of artists, writers and gallerists who had moved in in the ’80s still live here. In fact, I bought this from one of them.

I bought this house about four years ago and renovated everything, all the floors, walls and ceilings, the garden and bathroom, but I saved the kitchen until I'd lived here for a few years. I had grand plans for knocking out one of the kitchen walls and having major structural works done, and then I realised I actually didn't need to. I simply made the windows much larger, put in a partially glazed door to the garden and the whole space became more light and airy. I worked with Roundhouse Design and Fisher & Paykel to upgrade it, making it more functional.

Yet, in spite of the stainless steel, this kitchen feels very cosy. It's a modern take on a traditional English kitchen.

I wanted an island for the cooktop because I knew I would do filming in here and you can't easily do that if your cooktop is against a wall. I wanted two ovens - a really big one and a microwave. Wood everywhere, but they suggested the stainless steel, which I'm really happy with. I needed to be able to sit four people at a table for casual meals, and I have a larger dining table in another room. I needed to build in a Double DishDrawer™ Dishwasher (I love them) as well as a washing machine and dryer. I chose the colours, as I have with anything I have had built.